WE can refer to the emergence of revolutionary , political, social and reformist movements all around the Islamic world among the important questions which have been put on the agenda of political , security and research centers in the late 20th century. 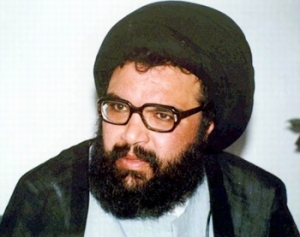 WE can refer to the emergence of revolutionary , political, social and reformist movements all around the Islamic world among the important questions which have been put on the agenda of political , security and research centers in the late 20th century.

Certain movements among these because of the time and place conditions have chosen the resistance against occupation and injustice as their strategy.

The Hizbullah movement is one of these groups whose success secret is crystallized in the combat against the occupation and the liberation of occupied lands of south Lebanon and helping he Palestinian resistance movements and the reformation of the Lebanese social and political structures.

Amid this the outstanding martyr Seyyed Abbas Mousavi Boghai the ex Hizbullah general secretary has played a valuable role in the arena of this course and took effective steps in the path of realization of the aims and the ideals of the oppressed and toiling nations of the region and the world and reached certainty in the endless sea of combat and the struggle in the path of Allah.

The Immortal Martyr Fathi Shaghaghi the ex Palestine Islamic Jihad movement general secretary in the morning letter of his co combatant Martyr Abbas Mousavi with an expressive word cried loud that the party whose general secretary becomes a martyr will never be defeated. Fathi who always wished to become a martyr in the sacred path of his maybe did not know that after three years he will join the Seyyedulshohada of the Islamic resistance and the other martyrs of the path of god .

It is correct statement that the Seyyedolshohada of the Lebanese resistance the master of heart owners of the south , was a successful trustee and the beloved Jihadist in the path of god .

If yesterday the Seyyedolshohada of the resistance stood among the people and with a clear tone declared that he is a soldier of Hizbullah as the Islamic resistance among other Hizbullah militants and up to the liberation of the occupied lands will not bend his feet and will never show Israel an olive branch, today Alameh seyyed Hassan Nasrullah the Hizbullah’s general secretary and all the Mojahedeen and the resistance militants have shown that they continue that same path and their achievements in the battle with the Zionist enemy and the victories of the 33 days war are expressive of the continuity of this path.

Martyr Mousavi is one of the rare leaders who loved his ideal and believed in the realization of the Islamic nations goals and had whole heartedly believed in this victory up to the last moment of his life and stayed loyal to the path he had chosen.

He gave value to the life oppressed muslims of the south Lebanon and gave authenticity to the life of the Palestinian militant nation.

The martyrdom of Navab Safavi and his followers