The greatest difficulty in becoming acquainted with great personalities is the multi-dimensional aspect of their lives, and talking about their lifetime achievements proves to be extremely difficult. 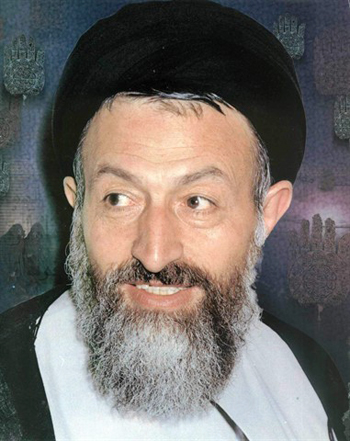 The greatest difficulty in becoming acquainted with great personalities is the multi-dimensional aspect of their lives, and talking about their lifetime achievements proves to be extremely difficult.

The eminent figure we are now contemplating is remembered as a man of deep thought, disciplined in everyday activities, having high confidence in his ability to learn and educate himself, self confident in behavior and logical in manner.

He was a scholar whose multi-dimensional attributes made him a truly great man. However extensive knowledge is required to form a comprehensive appraisal of his personality, his goals, and his intentions.

Martyr Ayatollah Mohammad Hosseini Beheshti is the individual whose lifetime accomplishments require time and patience to appreciate. We are indebted to him for the hardships he suffered in order that we should benefit and the great achievements he bestowed on the people of this land and on the world.

Once again, on the martyrdom anniversary of Martyr Beheshti who was martyred at the terrorist bomb blast in the Islamic Republic Party headquarters in 1981, there is a chance to talk a little about the life of this most accomplished man.

We will focus on the scientific and cultural dimensions of his life, beginning with his studies at school in Isfahan, his academic studies at Tehran University, and later abroad.

Ayatollah Beheshti was born on October 24, 1928 in Isfahan and his studies commenced at the age of four. During his high school years, he began the study of seminary lessons in Arab literature, fiqh, and philosophy.

He continued his studies in Qom under the guidance of Imam Khomeini and Ayatollah Borujerdi. He was a serious and self-disciplined student. As a cleric studying at the seminary, he never liked to make use of Bait ul-Mal (the public treasury), and this was an attribute that endured until the end of his life. He believed strongly in financial independence and during his studies he managed to live on the small allowance his father sent him from Isfahan and later on he earned his living by teaching.

He believed that a cleric’s knowledge of religious science must never be the source of his income, except when there is no other choice. He deemed that a cleric must be financially independent or else his dependency on using his clerical knowledge might come into conflict with his life’s events and become an obstacle in choosing the correct path.

In 1948, he passed the entrance exam for Tehran University and continued his religious studies.

It was when he came to Tehran that he began studying English language seriously and later he commenced teaching English in schools.

In 1951, he had the opportunity to continue his studies overseas in philosophy and to become familiar with the philosophy of the west, but he postponed his travels until five years later because of his meeting with the late Ayatollah Tabatabaii with the recommendation of Ayatollah Morteza Motahhari that he take part in Tabatabaii’s philosophy lessons.

In an interview with the second son Alireza Hosseini Beheshti, which took place at the Publishing Foundation of Martyr Beheshti’s Thoughts and Works, he gave a brief explanation of his father’s activities.

Tehran Times is not the newspaper of the government, but the loud voice of the Islamic Revolution and the loudspeaker of the world’s oppressed, is the quote by Martyr Beheshti, the founder of the daily.

His son was surprised to learn that the English daily Tehran Times was launched by Martyr Beheshti in 1979. He had estimated that it was only one of his father’s interests. Beheshti felt the need to reflect Iranian news abroad. He knew the modern world. He was quite familiar with the role of the media in the world and the media could either be in the service of mankind or be the means of its destruction.

On cultural activities, it depends what we call cultural activities. Specifically, Martyr Beheshti’s first activity was managing the school Din-o-Danesh (Religion and Knowledge) in Qom in the 1950’s. The School was established at the proposal of the late Ayatollah Seyyed Morteza Haeri Yazdi, the son of the founder of the Qom Seminary School. For the first time, a type of religious instruction along Islamic lines was set up in this school. Of course, he was also involved in several other activities in those years, but this high school was to become one of the most successful schools of its time, in terms of education and training.

Up until this time my father was teaching English at high schools in order to ensure his financial independence. When he was young French was taught in schools, so he learned English by means of a series of books called Teach yourself English.

My father’s other activities were the organization of an educational system in the Qom seminary, and setting up entrance exams which were not customary in those days. So he began with the help of the late Rabbani Shirazi, and Ayatollah Golpayegani also accepted to help by running part of the school with the new system.

Later Martyr Beheshti expanded the seminary curriculum to include an English course, biology, physics, and chemistry. At the” Din-o-Danesh” school he set up classes for seminary scholars to study English and physics and become familiar with new sciences. He insisted that the ulama must learn new sciences and international languages. After organizing the high school, it did not meet with much success. It was a hard system which required 13 to 14 years of hard studies from the clerics.

Martyr Beheshti was appointed head of the Hamburg Islamic Center in 1965.

Then the issue of going to Germany was initiated. He asked one of his friends for a series of teach yourself books on German.

In 1965, he went to Germany and his family joined him in six months. In Germany he was involved in various activities namely the completion of the Hamburg Islamic Center and the building of the Imam Ali Mosque. His other activities were helping Germans and non-Iranians who were residing in Germany.

He helped in developing, expanding, and reinforcing the union of the associations of Iranian students in Europe. He had discussions and intellectual debates with other religions. He cooperated with Hamburg University to provide the chance for students to study oriental subjects and become more familiar with Islamic studies.

Beheshti published the Echo of Islam in several languages during his stay in Germany.

There were several pamphlets in English, German, Persian, and Arabic which were being published in Europe, for example The Echo of Islam in Europe. His German language by now was good and he was able to deliver speeches in that language. His activities in Germany were increasing day by day. People of various religions used to come to him, the Turkish people residing in Germany, the Pakistanis of various religious backgrounds came to him, and his activities were too many to elaborate on, so he asked for help, and Hojjatoleslam Shabestari came from Iran to give assistance.

In 1970, he decided to return to Iran as he estimated that the then regime might prevent him from going back.

In Iran he continued his work in the center he established for Islamic Research in Tehran with the cooperation of several friends and colleagues. The Ministry of Education asked him back to continue his teaching career. With the help of a team, he wrote and compiled school books to introduce a new method of Islamic teaching to train and guide young people in the modern world.

Martyr Beheshti used to hold classes for students at his house. Another of his activities was to be in touch with university students at his home. He couldn’t finish his PhD thesis named Supernatural Issues in the Quran, but helped in running the Refah School in Tehran. After the revolution, his political activities took first place.

The Publishing Foundation of Martyr Beheshti’s Thoughts and Works has helped to reintroduce Martyr Beheshti, carrying out several projects, of which his son gave details. In 1981 to 1988, an institute was established by family members, friends, relatives and students named .The Council for Reviving Martyr Beheshti’s Works. It helped in collecting works, documents, tapes, and the personal notes of Beheshti, and it managed to publish six works, two books were republished and the rest were in their first print. In 1988, the council was closed until 1997 when I returned to Iran and began to re-establish the foundation.?

The foundation focuses on publishing and translating works by the master. The archive in this foundation also gives services to students and researchers.

We have been able to publish 14 substantial works by the master and 6 more of a smaller size. They include The Role of Freedom in Children’s Training, Liberty, Anarchy, and Despotism, Music and Fun in Islam, Recognition of a Thought, Mystical Knowledge. We have also launched a website in Persian and Arabic named www.beheshti.org.

Four series of his recorded works were published in these years. Works about Martyr Beheshti were also published along with the theses of students about the master. Ten of his works have been translated into Arabic in Beirut and published there.

The foundation has several projects which it plans to carry out in the future.

Compiling his biography is the next project on the master, five works by Beheshti will also come out this year including .The history of the Quran written by Theodore Nolte in German, and translated by Martyr Beheshti. We hope it will be ready for the Quran Exhibition this year. A documentary depicting the life and the characteristics of Martyr Beheshti is planned to be made in the future.

He used to hold sessions on the interpretation of the Quran, beside the sessions he had in Germany. He held these sessions in Iran, with the interpretation of several suras, beginning from the sura 49 to 55, but they were cancelled by the then regime. Holding several seminars and conferences are other projects which have been undertaken by the foundation. In 2001, we held a conference on different dimensions of Beheshti’s life. We are holding a conference this year on October 24 in collaboration with the Ministry of Education on the role of Martyr Beheshti in education.

Martyr Beheshti believed seriously in the necessity that activities should be planned for the long term. He had a prudent and wide outlook on society, history and the changes in society.

He acted as a strict observer of the social and political activities of the society, and the more events that passed, the more he saw that without the necessary energy and thought, there would never be improvements in our country. So he went after long term endeavors. He believed in long term activities, even if he saw no result in his lifetime. Like training forces to promote religion abroad, or establishing a long-term program at Qom, which many students at that time found difficult to finish.

Martyr Beheshti has carried out many research works in his life of which all have one thing in common, reflecting his major characteristics, that is to seek science for the sake of science and to attain greater knowledge and wisdom.