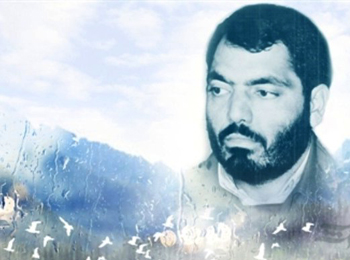 Being sage was an indicated virtue of martyr Ahmad Zare’ee

Mohammad Reza Sangari in this ceremony with pointing out to his friendship with the martyr said: martyr Zare’ee had several virtues and one of his indicated virtues was being sage.

Mohsen Parviz one of martyr Zare’ee’s friends in this ceremony said: Ahmad Zare’ee had a hardworking character who activated with open mind, he had correct policy in political issues that this point included bold and much ideas.

He declared that I knew martyr Zare’ee from year of 60 when he was in Kurdistan and after that he came back to Tehran, then he added: accepting province was Ahmad’s bold features, the method of Ahmad Zare’ee was with encouraging and brotherly criticizing and was against harsh action and nobody become upset from him.

Parviz with pointing out to instructive Kurdistan’s memories said: Ahmad Zare’ee had correct policy in political issues and this was a remarkable point.

I’m proud of being Ahmad’s student in humanity virtues

Behrooz Ethbati the close friend of martyr Ahmad Zare’ee said: Ahmad Zare’ee was a person who could intended such ceremony after twenty and some years after his martyrdom and this is the best description about him and I’m proud of being his student in humanity virtues and a flag that is in my hand is because of Ahmad’s dignity.

Martyr Zare’ee is a model for revolutionary pious person

Secretary General of country public libraries institute in this ceremony with pointing out to features of martyr Zare’ee said: being bounded on principals based on knowledge and thinking and also being pious are two feature of Ahmad Zare’ee.

He added: being with people, being a writer and critic and protecting from oppressed of world are other martyr’s features. Also from his virtues could pointed out to training young powers and encouraging them for being against noblesse.

Secretary General of country public libraries institute said: Zare’ee was from the first ones who stand toward noblesse and warned noblesse and depending on luxury life are two things that treating the revolution, he in expressing his idea was a brave person.

Mokhtar Pour at the end with pointing out to greatness of martyr Zare’ee said: if I want describe Ahmad Zare’ee with the words of Supreme Leader I would say that he was a complete model of revolutionary pious man and for this reason he could be a good model for youths.

AliReza Qazve also in this ceremony declared: Ahmad’s behavior in our time is strange. He wasn’t a silent man toward oppression. I sometimes in my decisions saw Ahmad in front of my self who is showing the way, while those who were commanders are sitting at their home and wasting their time, but if Ahmad was alive he won’t become silent in recent events.

By NAVID SHAHED reports, in this ceremony appreciated from Ahmad Zare’ee’s family.

General martyr Ahmad Zare’ee before revolution had activities against Pahlavi regime and for this reason become arrested by Savak. After the revolution and with beginning of the war he went to west battles. Ahmad Zare’ee after war elected as deputy advertising of Sepah and after that become research assistant of Huze Hoonari. Holding poet meetings in Mashhad was also one of his literary activities. He got M.A in Persian language and literature in 1372 from Ferdousi University and finally in 19th of Dey 1373 because of war’s chemical injuring became martyrdom.