martyr Saee’d Karbalaee Saleh was born in 1346 in Tehran. In the beginning of the revolution although his age was low he was attended in revolutionary activities such as distributing leaflets and Imam Khomeini’s pictures and attending in protests actively in a way that he was hurt in his knees with baton. 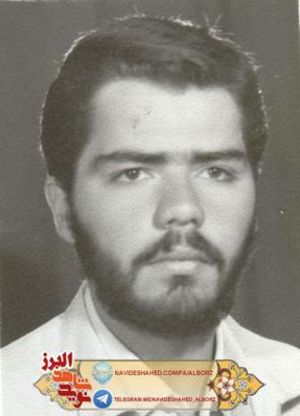 Navid Shahed of Karaj: martyr Saee’d Karbalaee Saleh was born in 1346 in Tehran. In the beginning of the revolution although his age was low he was attended in revolutionary activities such as distributing leaflets and Imam Khomeini’s pictures and attending in protests actively in a way that he was hurt in his knees with baton.
He continues his activities after victory of revolution, he was activated in Islamic association and …. In school, he offer to read one of principals of constitution every day and he himself read them for students every morning.

Help to poor by performing Theatre
Performing theatre in various schools and in Karaj’s training affairs was one of his activities. We must mention that the ticket’s money of these theatres was present for orphans. After passing middle school, he went to Dehkhoda’s high school and continued his activities in there. He in 13th of Aban of 1365 was sent to battles and he served in Seyed al Shohada’s legion in battalion of Ali Akbar (a.s) as a scuba diver.

His friends said a lot about him until in 26th of Dey of 1365 in Karbalay 5’s operation in area of Shalamche became martyr.

Last writings of brave scuba diver, the martyr of Karbala 5’s operation
It is a long time because of hard working and also because of my tiredness I couldn’t write my daily events but because today might be my last day of my life I decided to wire and I am writing briefly things that I passed in these days. After a while that we returned to camp from Forat’s river and my hard trainings was finished, but we continued our ground training in permanent place, until we got the recommend of moving toward Khoramshahr that we with God’s mercy could handle greater operation than pervious operations.

Most probably we must move tonight and according to justification that we saw on operation’s map we should explode two bridges that is city of Abolkhasib in Iraq, of course after passing 4 kilometer under enemy’s fire, Only with God’s mercy. It is obvious that they count a lot on each of us. Now that I’m writing these memories, we are habitant in a house in Khoramshahr that was destroyed by Iraqis and planes are bombing strongly the city. Maybe they have noticed to our commuting, anyway we continue our duty.

Also the corresponding of our group came from legion’s meeting and he said the hardest duty is with us. There is a wonderful enthusiasm between fellows and whatever I said I couldn’t describe this, I have nothing to say, I’m falling to tears, because maybe in a few hours later, none of us be alive. Masoud calmly is peeling the eggs and potatoes for breakfast and insisting on me to start eating but I couldn’t leave this notebook {…}.

By the way, now that our group’s corresponding is trying to justify us, it is clear that our duty is changed and we must explode Jeish al-Sha’een Base in this city that is harder than our previous duty, but we are happy and satisfy and we are hoping to do our duty with success. 1365/10/02

How a small Iranian city won against the giant arrogant front?

The Enemy Circle that Broke