Great men, when are beside each other or living in the same era or place, are encircled by a fog of being unknown. The greatness and knowledge of each one shadows over the other one. 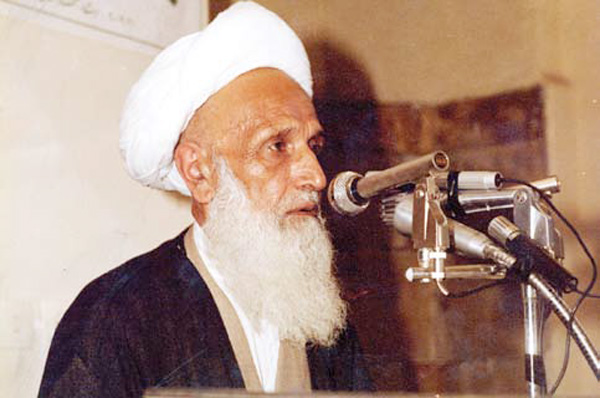 Great men, when are beside each other or living in the same era or place, are encircled by a fog of being unknown. The greatness and knowledge of each one shadows over the other one. When their students want to praise them, because of their masters’ behavior and knowledge, they are so quizzical that they can only say they are "good”. This sentence hides many strong points of their masters’ viewpoints and knowledge and makes them limited to their own time.

Sometimes it may not be possible to write the biography of each of them. Since when there are tens of shining stars beside each other, their lights are so mixed that one can only choose one of them to look at, not all or anything else. When Ayatollah Mirza ‘Ata-ullah Ashrafi Esfahani was teaching in Qom, there were other Ayatollahs too, such as: Abd-ul-Karim Ha’eri, Boroojerdi, Imam Khomeini, ‘Abd-ul-Javad Jabal- ’Ameli, Seyyed Mohammad-Taqi Khansari, Seyyed Mohammad Kamari, Mar’ashi Na’jafi, Araki, Sadr-ed- Din Sadr, Motahari, Beheshti and many others.

Each of them had a great knowledge but they were unknown. It can be said that at the time of Ayatollah Ashrafi Esfahani the number of great and knowledgeable clergies was more than any other time. And also it can be said that the clergies of this era are the most unknown ones during the Shi’a history. If their names were mentioned

Undoubtedly, Ayatollah Ashrafi Esfahani had also a great role in the triumph of the Islamic Revolution. In this issue we narrate the life and combats of a literate and scholar from the offspring of noble natures who spent all of his life in guarding the pure Mohammedan Islam. The altar martyr Ayatollah Mirza ‘Ata-ullah Ashrafi Esfahani was one the most effective people in the achievement of Islamic Revolution holy goals. He, during his 80 years of fruitful life, showed us the meaning of being a prophets’ heir and being a follower of the red martyrdom line of Hussein (P.U.H.) and how to live and how to die. In this issue we try to show some aspects of the life of this crusader of Allah and a lovable figure and we present it to the seekers of knowledge, virtue and humanity and the followers of truth and spirituality. Hope that the great soul of that devotee clergy would be satisfied and today & tomorrow

generations of Islamic world, by a complete knowledge, follow the way of this great scholar choose his way of life as the only way in front of themselves.

We know that the pages of history turn day after day, and tell us the stories of great scholars and teach us the way of life and evolution. The sweet and full of up and down life story of the fourth altar martyr, among other stories, is a rare and bright story that makes the reader stare at it, and a nice song would be heard and the hearts would be excited of hearing his destiny.

By the way, how did this bright star and coast-less sea know that he was going to join the other three travelers –the altar martyrs: Madani, Dastgheyb and Sadooqi- and would be the fourth ascender?

He had a young mood