Akbar Hashemi Rafsanjani was born in 3th of Shahrivar 1313 in village of Barhaman the city of Rafsanjan. He passed his childhood in that village and in his 5th years start learning in village’s school. 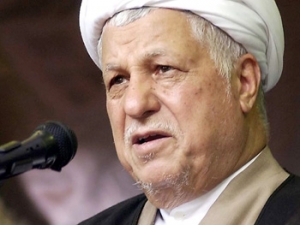 Date and place of birth: 1312, Rafsanjan

Akbar Hashemi Rafsanjani was born in 3th of Shahrivar 1313 in village of Barhaman the city of Rafsanjan. He passed his childhood in that village and in his 5th years start learning in village’s school. In autumn of 1327 migrated to Qom to continue his education and in Huze E’lmiye of Qom learnt different lessons with great instructors such as Ayatollah E’zam Boroujerdi, Imam Khomeini, Damad, Golpaigani, Shari’atmadari, Hae’ri Yazdi, Najafi Mar’ashi, A’lame Tabatabaee, Zahedi and Montazeri.

He after three years training in Huze, return to his village for propagating in 1330 and lectured for people of village in Ramadan. After he returned from his birth place, attended to classes of Alavi’s school that was hold for training missioners for abroad. From years of 1330 till 1337 he spoke in mosques in different parts of country for promoting Islamic principles from Kamare to Fasa, Kerman, Qom, and Tehran.

Hashemi went to Hamedan in Moharam of 1337 and after his speech in Tasu’a and A’shura because of spooking against SAVAK became arrested and police of Hamedan in his freedom sentence wrote in date of 1337/05/11: "because he is too young, he become free and we get commitment from him to get out of Hamedan.”

He after retuned to Qom with some students of Huze start publishing quarterly and yearbook of Tashayo’ school that its first number published in 1338 which had a wide distribution and presale in all country. This was a leading in press, political and social fields of Huze. In disaster of attacking to Feyzieh School, Hashemi was observing how parachutes were screaming and beating the students of Huze. Pahlavi regime for fighting with clergies, despite the law that clergies are immunity from military training, took them to military garrison that he in 21th of Farvardin 1342 arrested in Qom and was sent to BagheShah garrison.

He said another memory about garrison: One day in class of Arms Survey a captain within his training recommended that you must attempt on maintaining military equipment because his Highness for supplying these equipment attempt a lot. In the time of responding to trainings I become volunteer and after responding to training issues I said: "Captain is saying his Highness is attempting hard for these equipment, he is right. Money of these equipment gathered from our taxes even from button of our shirts, from our father’s income who are working in villages and cities.”

After 15th of Khordad’s disaster and killing of people in streets, the garrison’s environment become pokier than prison for moods of Tollab. He in date of 1343/03/02 with excuse of polio sickness of one his children took a day off and escaped from prison. When he was concealed, in his village translated the book of Qaziya al-Felestin by Akram Za’eetar. From 1342/12/03 again became under supervision of SAVAK and became arrested and again 1342/04/14 was under supervision of SAVAK and in 1343/12/19 arrested and in 1344/04/14 freed by the sentence of not going out from Tehran.

Hashemi Rafsanjani continued promoting Islamic principles and thoughts of Imam Khomeini and in this case wrote the book of Amir Kabir. In introductions of these two books he invited people for fighting with arrogance and dictatorship.

He in winter of 1344 went to Isfahan and spoke in Central Mosque of Najaf Abad in 1344/10/09 and after his speech arrested and in 1344/10/12 released and was expelled from Isfahan. In returning to Qom, he continued his fighting and in 1346/08/21 he was sentenced by charges of acting against national security! and he released in 1346/11/16. In years of 1346 till 1347 with excuses of attending in meetings of Ansar Al-Hussein, connection with abroad students’ organizations, speaking in Hosseiniye Ershad and interpreting Qur’an was under supervision of SAVAK and became foreclosed tribune.

Hashemi in years of 1351 till 1354 within his spiritual and material helps to combatants, went to Mecca twice and once with a forged passport went to Turkey then from there went to Belgium, England and Scandinavia’s countries, Syria and Lebanon and after two months returned to Iran. His second trip to abroad was when an invitation sent for Dr. Bahonar for attending to a moral conference in Japan and he went with him to this country. He from there went to Belgium, Turkey, Syria, Lebanon, Iraq, Europe and USA. In 1354/08/19 SAVAK with phone tapping realized he is in Van of Turkey and he is going to come back to Tehran in 1354/08/21 that he arrested and in 1354/09/01 he was sentenced to three years in prison.

He about this said: "the length of the sentence was an opportunity for me to apply a plan about Qur’an that for a long time I was thinking to it. In prison I think to key of Qur’an and because I was memorized Qur’an, I start taking notes in different paper includes prisoner’s pack of cigarettes and I sent them by my wife out of jail.”

Hashemi Rafsanjani finally 10 days before his sentence become finished the amnesty was given to him in 1357/08/04 and released from prison and joint to the ocean of the revolution.

He married with E’ffat Mar’ashi in 1337 and had two daughters (Fateme and Fae’ze) and three sons (Mohsen, Mehdi, Yaser).

Hashemi Rafsanjani after victory of the revolution become one of main operators of country such as a member of Revolutionary Council, interior ministry chief, the parliament speaker, the commander of 8 years defense it means the highest advisory council of the Supreme Leader.
Related News

Imam Khamenei's message on the passing away of Ayatollah Hashemi Rafsanjani